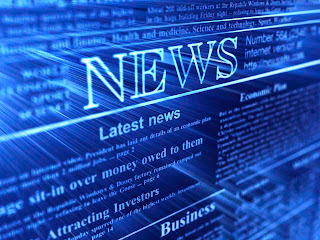 High Definition Fiber Tracking… It’s been in the news recently… A LOT.

HDFT is a form of Magnetic Resonance imaging that tacks the diffusion of water through neural tissue that transmits data throughout the brain. The study was conducted in two parts. The first part consisted of scans of of post-mortem human brains. The results were astounding – incredibly detailed maps of the neural tracts in the brain.

The second phase of the study was to take scans of human brains prior to cranial surgery. Using the scans as a guide, the surgeons were able to confirm the accuracy of the project. Then, the same subjects were scanned after surgery were astonishing. Not only did the scans show the neural tracts, they also showed the incisions as they had been made by the surgeons and the pathway through the brain that they too to reach the points that needed to be operated on.

What does this have to do Autism and Asperger’s Syndrome?

The answer to that is simple. There has been a lot of talk over the years that states that the Autism and Asperger’s Syndrome brain are miswired, especially when compared to a Neurotypical brain. Now, we actually have the technology to actually map these neural paths and see if this is true. It turns out that I am not the only one who thinks so… Scientists have done it already.

Enter Temple Grandin. Dr. Grrandin is famous. She is an Autist, writer, animal rights activist… and all around awesome person. Recently, Dr. Grandin had a High Definition Fiber Tracking scan done on herself. The results were… I would use the word conclusive, but that would require a lot more scans of a lot more Autists… But, the results were eye opening. The following image is a side by side comparison of Temple Grandin’s brain (On the left) and a Neurotypical Brain (on the right).

There is is… clear as day… Temple Grandin’s brain is wired differently than the brain of a Neurotypical.

This technology is an amazing tool to learn about the physical causes of the mechanics of Autism. Some Autists are already stating that the technology has proven that the Autistic brain is different from the Neurotypical brain. We are a long way from conclusive proof. A long way. At this point, we have a couple HDFT scans that hint at this.

For it to be conclusive, there needs to be many, many, many more scans taken. Eventually we will reach the point that we have conclusive proof that the autistic brain is wired completely different from NTs… Work is already being done to reach this goal. Further, studies are being conducted to see if there are differences between different types of Autistic Spectrum Disorders – High Functioning Autism, Low Functioning Autism, Asperger’s…

I suspect that there are more types of Autism (based on the Neural Structures in the brain), than we know about thus far.

After looking at several different HDFT scans of Autistic brains, (which I’ve been doing all day in research for this article) I have noticed some things. The NT brain scans all seem to organize along the central axis of the brain, right between the hemispheres. The Autistic Spectrum Individual scans all seem to have similar structures, the major nerve tracts seem to be distributed across the brain relatively evenly… 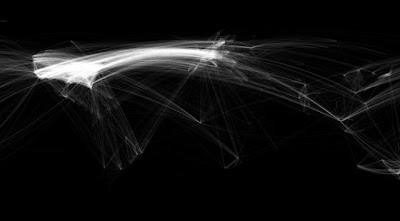 I don’t know if you can see the similarities… but I do.

If these brain scans prove to be consistent through Autists everywhere, then there is a physiological reason for so many of the issues experienced by Autists.

Social interactions are controlled by the prefrontal cortex – but the normal saturation of neural tracts in the center of the brain would seem to be absent from the Autists brain, and instead is focused more in the surrounding tissue. As such, these signals are bypassed by the neural tracts.

At this point, these correlations are nothing more than supposition on my part… But if the HDFT proves consistent in the Autistic Brain, I am sure that some of these suppositions may be born out by empirical evidence.

4 thoughts on “Care and Feeding of your Aspie: Part 37 – The Autistic Brain vs. The Neurotypical Brain; Visual Proof”