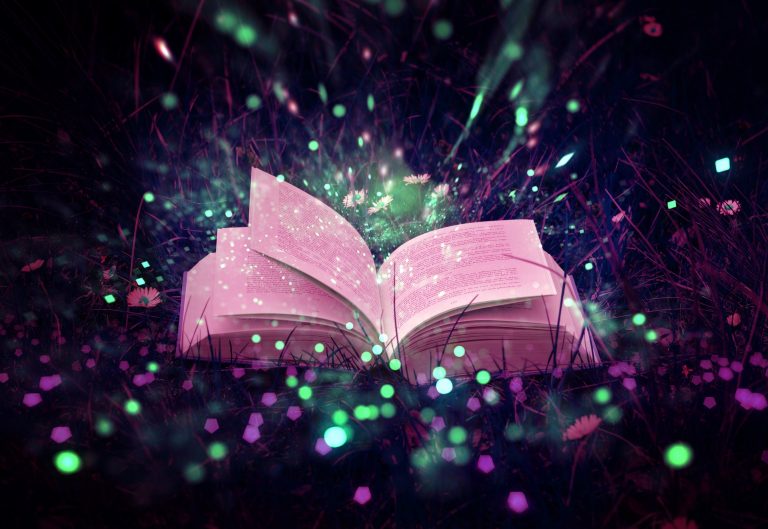 David struggled to claw his way up from the depths of unconsciousness. Try as he might, sleep tore at his brain, dragging him back into the umbral comfort of his memory foam mattress. Something kept calling him from the cloying embrace of Hypnos, denying him return passage to the dreaming.

His eyes snapped open with sudden awareness. Something had awakened him, but he did not know what. He laid there, wondering just what it was, when the silence of the morning was shattered by an adamant knock at the front door.

David closed his eyes, desperately hoping that whoever it was would just go away.

The knocking came again, this time far more insistent. He thrashed violently in his bed, beating fists against a mattress that was no longer a comfort.

“Just a damn minute!” he bellowed.

He swung his feet out of the bed. Or he tried. His recent temper tantrum had practically cocooned his legs in a mess of bedclothes and pajamas damp with sweat. With a supreme effort, he wrenched himself free. As his feet touched the floor, the banging at the front door resumed.

The sun flooded through the windows in the long hallway that led from his bedroom to the living room. Somehow, the living room was worse. As he stumbled into the room, he groaned. He lived alone, but this morning it was almost like he had a roommate – the sun.

In this moment, as a headache sprang fully formed into his skull, David uttered the age old prayer: “If I survive this, I will never drink again.”

Almost as if the person outside could sense the rhythm of his pulse threatening to rupture his head, the knocking came again, synchronized with the hammering in his brain. He stomped to the front door as another round of knocking began.

“What!?” He yanked the door open, flinching away from the suddenly intensified and annoyingly cheerful sunlight that forced its way into the room. “WHAT DO YOU,” David began strongly but faltered. “…want?”

The woman outside his door was immaculate, businesslike in every way. Her exquisitely tailored suit was so black that it seemed to drink in the light around it. She stood a few inches shorter than his five feet, ten inches. Her face was angular, almost severe, with a nose that was slightly too big for her head. Her sandy blond hair was pulled back away from her face in a perfectly arranged bun that only enhanced the severity of her face. Startling green eyes inspected him in a way that made him very terribly aware of his tangled red hair, matted beard and sweat stained Deadpool pajamas.

When she spoke, her voice was composed and pragmatic. “Mister Bailey?”

David twitched and swung into defense mode. “I don’t have to talk to you unless you have a warrant!” His defenses crumbled as he tried desperately to remember if there was any weed left in his apartment. “You don’t have a warrant do you?” he whimpered.

“No! YOU don’t understand, lady! I know my rights. I know you can’t come in here without a warrant!”

She closed her eyes for a moment and took a deep breath, silently counting to ten. “Mister Bailey, if you’d just listen…”

David interrupted her frantically, practically hysterical. “No! You listen! I haven’t done anything for you people to…”

The woman moved with mind-boggling speed and slapped David across the face. The slap rattled his teeth and bounced his brain off the inside of his head. He clutched his cheek as a tear threatened to spill.

David considered slamming the door in the woman’s face. As if reading his mind, she put her hand in the middle of the door and stepped forward into the room. Something about her demeanor reminded David of Gandalf in the Mines of Moria screaming, “You shall not pass!”

“Hey! You can’t do thi…” he protested weakly.

“I just did. Now…” her businesslike demeanor finally cracked. “Will you PLEASE just answer the damn question!?” She regained her composure and spoke softly and slowly, which was somehow more terrifying. “Is your name David Bailey?”

“Yes. Now what is this all about?”

“Are you the David Bailey that made a wish on a shooting star last night?”

“Yeah, I am…” David was suddenly confused and very unsure of everything in his life. “Wait. How’d you know about that?”

“It’s my job to know these things, Mister Bailey.”

“My name is Agent Cooley. I work for a very… discreet government agency. That star you wished on last night…”

David’s curiosity was starting to get the best of him. “Yeah?”

Agent Cooley swallowed hard, obviously uncomfortable. “It wasn’t a star. It was one of our… extremely top secret satellites.”

Uncertain, David responded. “Okay? What does this have to do with me?”

Agent Cooley fidgeted awkwardly, “Well… to be frank… You weren’t supposed to see that. No one was.”

“Mister Bailey, my superiors sent me here to… ensure your discretion.”

David panicked. The speed with which he panicked impressed Agent Cooley. Most people took at least a couple sentences longer to do that. David started hyperventilating almost immediately.

She chuckled, a surprisingly warm sound, “No, Mr. Bailey. Calm down. I’m not the one that they send to do that. They sent me to… ”

“They sent you to…what?!” he wailed louder, already imagining the worst.

“They sent me to grant your wish.”

David blinked in bewilderment. “Wait. What?”

“Mr. Bailey, we can’t have word of our presence getting out to the world at large. As such, I am going
to grant your wish.”

Agent Cooley smiled at him. The smile seemed genuine enough, but stopped at her lips, never quite reaching her eyes. “Do I look like the kind of person that would do that?”

Agent Cooley considered his words for a moment before conceding, “Fair enough. My superiors determined that you are not a real security risk. However, they have decided to provide you with incentive to remain… discreet.”

The urge to slap him again came upon her, but Agent Cooley managed to curb it. “My superiors are going to grant your wish. You wished for an…” She paused, consulting a small black notebook. “Octopus, iguana, hippopotamus, and… trash panda hybrid… as a pet?” Her brow furrowed as she looked at him with concern. “What the fuck is wrong with you, Mister Bailey?”

Sheepishly, David responded, “I… I was really high.”

“Ah. That explains so much. Well, I have been authorized to grant your wish in exchange for
your… discretion.”

“So… let me get this straight. I get my pet, and all I have to do is not talk about your satellite?”

David took her hand and shakes it furiously. “You have yourself a deal!”

Agent Cooley hefted the case and presented it to David. It was about the size of a microwave and made from shiny black metal. David took the case from her and almost dropped it. It was shockingly heavy for it’s size. He was beaming with joy.

Agent Cooley turned to leave. In two quick steps she was at the door. She paused at the threshold and turned back to address David one last time. “Mister Bailey?”

David looked up from fiddling with the clasps on the case. “Yeah?”

“Mister Bailey… what are you gonna call that thing?

“An octopus, iguana, hippopotamus, and “trash panda” hybrid. What would you call such a thing?”

David didn’t hesitate for even a moment before answering, “Seamus if it’s a boy. Vera if it’s
a girl. Why do you ask?”

Agent Cooley stepped through the door, stopping just before the it closed, and called back over her shoulder, “Oh, and Mr. Bailey?”

“I’d be careful. Vera is carnivorous and extremely hungry.”

“It’s a girl?” David asked, grinning from ear to ear like he was the creature’s actual father.

Agent Cooley wordlessly pulled the door closed behind her just as David finally managed to open the case. She walked briskly up the sidewalk to the nondescript black sedan that was agency standard issue as David’s screams of pain rang out into the bright morning. She climbed into the car, started it and rolled down the passenger side window. As she lit a cigarette, an impossible thing with fur, tentacles and tusks pulled itself into the window and flopped onto the passenger seat.

Agent Cooley took a deep drag on the cigarette and said, “Sydney.”

“Zelda,” the thing said from somewhere in the mass of furry, slimy tentacles.

“Why would you even ask me that? Of course it’s done.” A tentacle whipped forward, snatching the cigarette from her fingertips and pressed it against a wet orifice, pulling smoke deep into it’s body. “I’m hungry. Are you hungry? Let’s go get burgers.”