This entry was prompted by a discussion on Wrong Planet. It is a clarification of points made in a discussion about perceived violence from Autistic Spectrum Individuals… I am not going to be discussing the original topic, but instead focusing on my opinion of Point of View. 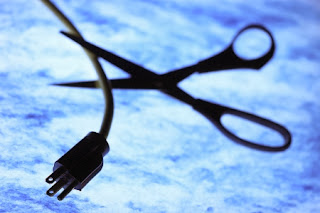 I believe that there i a fundamental disconnect between Autistic Spectrum Individuals and Neurotypicals. I have already upset some people with my beliefs on why this is so, but I believe that it is an accurate assessment.

Autistic Spectrum Individuals live in a bit of a vacuum. We exist in a world run by NTs. The reasons for this are manifold, but boil down to a few small things.

In recent days, the media has been firing warning shots up our noses instead of across them. There have been a couple mass shootings in the last two years that have been attributed by mass media to individuals with Asperger’s Syndrome. I can recall 4 of them… In only one instance was this the case. As a result, there is a firestorm of media attention… Negative attention. They are stating that Autistic Spectrum Individuals are prone to violence. NTs, not knowing better, believe it. 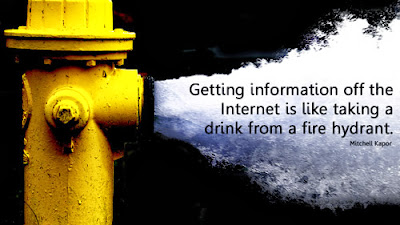 I can’t blame them, really. In the last 50 years, we have gone from our only sources of information were books, periodicals and experts to the internet. We had to find books on the subject, or talk to the experts to get any information… That made information precious. It meant that to learn something, we actually had to work for it. Now, with the internet, the whole of human experience and knowledge is available to us at our fingertips. We are exposed to so much information that it is almost impossible, without a relatively new skill (internet research and distillation of misinformation) to know what is accurate and what is not.
So, the NTs see (hear, read, are told) a story about several Aspies who went on shooting sprees. They take a moment to do some research into Autistic Spectrum Disorders and find articles about sensory overloads, stimming, tantrums and meltdowns. They read that, during times of duress and great stress, they find that there may be violent outbursts.
We come to another aspect of the NT condition. Most of them don’t really KNOW the definitions of the words they use. The way NTs learn is almost completely context sensitive. Context sensitive learning means that they have an idea of what it means because they were able to glean it from surrounding words… Most of them don’t bother to look up the words to make sure… So… They read violent outbursts and the definition that pops into their head is this:

“caused by injurious or destructive force: a violent death.”

When in reality, violent outbursts refers to the following definition:

And here is where the disconnect begins. NTs learn through this process. I don’t have a name for it, but let’s just call it Context Understanding. Everything is context sensitive. Words take on emotional connotations due to context they are used in. This is true for all things in the NT world, social situations, words, writing, communication… it’s all context sensitive.

One of the biggest problems that Autistic Spectrum Individuals (especially Aspies) face is the fact that we tend to view things as absolute. We tend to deal in black and white, which interferes in understanding the context sensitive world. So, while the Autist understands that violent outbursts simply means that they are intense outbursts, not destructive – the NT, not having read the definitions, is limited to the context they learned the word violent in.
All of that was written to give you a framework to understand the next point – NTs, without it being explained to them, have no context for Autistic Perceptions. Since they make up 98.87% of the population, chances are, most NTs have never met an Autistic Spectrum Individual. If they have, our tendency to be relatively private about our condition (due to negative reactions from the context sensitive world), they did not realize it.
Because everyone else (98.87%) that they encounter learns the same way they do, share the basic machinery of perception and reason that they do, they assume that everyone thinks the same way. While this is not true, since they have not encountered it in someone else, they have no context for it.
That 1.13% that has an Autistic Spectrum Disorder is in the same boat. We are not part of the context sensitive world, AND really don’t comprehend it. Just as NTs don’t understand the methods for cognition, learning and emotional processing in themselves, Autists are rarely aware of the mechanisms in their own heads.
Now… Autists see the NTs accept each other out of hand. This is because the NTs are the standard. They accept each other without question (or minimal questioning) in most cases because they are all working on a basis of the context sensitive world and as a result, they present the proper signals for each other to cue in on. The Autists want to be able to be accepted the same way. Because of the mechanisms behind Autistic cognition, we don’t give the signals. Therefore, the NT is made exceptionally uneasy. This is on them, but it is something that they cannot help. This is the way they are wired.
NTs are capable of adaptation in a very real and terrifying (terrifying because we are completely unable to do it) way, due to the context sensitive nature of their emotional and intellectual functioning. But since they have never encountered us before, they have no idea what they are dealing with. Since they can’t read us, they get nervous. Simply put (and I have more than one NT that has explained this to me), those that cannot be read easily are one of the following:
In essence, since we don’t send the signals they expect, we come across as entirely alien. There is a concept called the uncanny valley.

“The uncanny valley is a hypothesis in the field of human aesthetics which holds that when human features look and move almost, but not exactly, like natural human beings, it causes a response of revulsion among human observers. Examples can be found in the fields of robotics, 3D computer animation, and in medical fields such as burn reconstruction, infectious diseases, neurological conditions, and plastic surgery. The “valley” refers to the dip in a graph of the comfort level of humans as subjects move toward a healthy, natural human likeness described in a function of a subject’s aesthetic acceptability.”

So, here we are, on an instinctual level, make them uneasy.

Since those around us, educators, family members and our friends tend to accept us without  question, we have come to expect it. We tend to have a small contingent of close friends… this means that we have people that accept us around us all of the time. We become accustomed to it. So, when we encounter new NTs, we expect the same thing from them as well… but we don’t get it.

At this point, I have used the word “arrogance” to describe our behavior.

“characterized by or proceeding from arrogance, or a sense of superiority, self-importance, or entitlement”

We assume that we deserve acceptance from the outset… We assume that NTs should get it. We assume that they think the same way we do… Ironically enough, NTs make the same assumptions. The problem is that everyone on the planet is restricted to their own Point of View. We are limited to the view through the warped lens of our own experiences and perceptions.

While other Autists will get it (for the most part) because we share the same mechanisms for cognition and behavior, NTs will not.

The reason I use the word arrogant is because we will expect instant acceptance from NTs and expect them to understand something outside of their context sensitive world… This is something that takes a lot of work to explain to them… It takes a LOT of work to make them understand (as evinced by the fact that this is part 57 of this series). The reason that it is arrogant is because we will talk about it and try to make them understand… but for the most part, a majority of Autists and Aspies will NOT take the time to try to understand NT cognition or reasoning mechanisms.

On the whole, we Autists will expect acceptance, but do not give the same level of acceptance to the NTs we know. We expect them to make accommodations for us, but are not willing to do the same… Or worse, do not even see the need for it. This sense of entitlement makes us arrogant… in fact and in perception. As I have said before, perception is everything.

A friend of mine on Wrong Planet brought up the following response to these very points.

“I can’t drive. Why? Because I’m overloaded with stimuli when I do, there are too many variables to account for and all of them have to be observed all the time. Normal people can do that because they’re able to process that information, I can’t so it would be dangerous (and highly irresponsible) for me to drive, not only for myself, but others as well. Would it be arrogant then, to ask for a ride from people without that issue?”

My response to this – that is the opposite of arrogance, because this is ASKING for assistance… NOT expecting it. 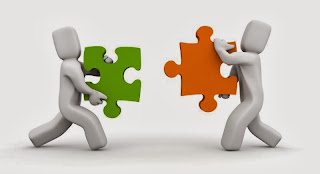 So… how do we, as a community and individuals, defeat this arrogance (either in fact or perception)? By remembering the following: The NTs we deal with in more than a passion manner are as bewildered and flummoxed as we are by our interactions. They need to know that we are all in the same boat. Tell them that you are an Autist… Explain your particular form of Autistic Perception and how it effects them… give them time to adjust… Do not EXPECT them to just get it. On the flip side, it is arrogant to only talk about our perceptions… And they will feel that way… SO… Listen to their NT perceptions, ask questions, try to understand them… and what’s more… TRY to accommodate them.

Remember… if they are your friend or attempting to interact with you, they are already making an effort. They are trying to accommodate you. So, return the favor.

If it is someone who does not want to, does not care that you are an Autist, they aren’t worth your time anyway… 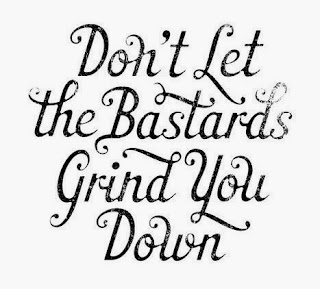